Goal of the project is supporting a specific phase of the Just-In-Sequence production process in the automotive industry. Specifically it is the phase of picking parts from a continuously supplied warehouse into trolleys, using which these parts are delivered onto the assembly lines for bumpers, where they get joined to create a complete bumper according to the customer order.
The picking process sees some weak links, which are however complex in their nature, and bring errors into the process or slower it. These weak links include for example orientation in the full warehouse, picking the right part with their right count, and synchronising with the assembly process.

The project Picker line speeds up and simplifies the picking process, together with its interconnection with the production process, where it facilitates steps which are mission-critical for the bumper production. The picking process is speeded up and simplified especially due to the LED indication, which shows the picker the place for picking the part, and indicates, how many parts should be picked.

Platform components of the smart warehouse

RF RC controller
This component receives RFID signals used by the picker, and delegates them onto the application server, where the application logic takes care of the necessary further actions.

Integrating API
Facilitates interconnecting components which are running outside the application server and communication by various means.

Database
Stores and provides the stored information and statistic operations.

Existing system (JIS)
It is a data source for the whole system. From this system the data on items, orders and production status are retrieved, based on which the picked trolleys are indicated in both station and production parking lot.

RFID device (picker)
It is a transmitter of RFID signals, which is attached to the picker’s hand. Using this transmitter, the picker interacts with the system where he or she logs in the working shift, or confirms picking items from the order.
Signals transmitted by the device are processed in the RF RC controller, which facilitates delegating these signals onto the application server; where the application logic takes care of the necessary further actions.

Picker application (mobile application)
This is a native application which is to be run on the mobile device attached to the trolley, where the picker completes the order.
The application communicates with the back-end using the Wi-Fi network, and retrieves here data on the assigned order and its items. These items are thereafter shown to the picker and allow showing an item detail for any clarification.

Registration terminal (mobile application)
The native application runs on the tablet, which is installed permanently in the Supermarket. The keystone point is picking the picker with the RFID device, which will be used by him or her. Besides the application may be used as a minimalistic working hours system which records the real hours worked by the picker.

Admin application
Similarly to the terminal mobile application, is the Admin a web-based application, used for managing items, staff, for system configuration and for the overview stats.

The proposed solutions are developed using commonly used open-source technologies in their most recent releases. The implementation remains the same for any environment – i.e. for the development one, testing one and production one.

In order to achieve separation of access, data, and other concerns, it is suggested to separate the project environment in the following way:

Here is a list of tools which are used during the project implementation.

The project facilitates easy and efficient picking process using the “U”-route optimisation. Indicating the position of the requested part lowers the error rate. Another value-added feature is checking using RF clock and tablets, which are attached to the picking trolleys and which are used by the picker to interact with the system and to confirm various actions. This way, the learning curve of new pickers is shortened as well. The project provides statistics and various reports allowing further process optimisation, and performance reports of each picker. 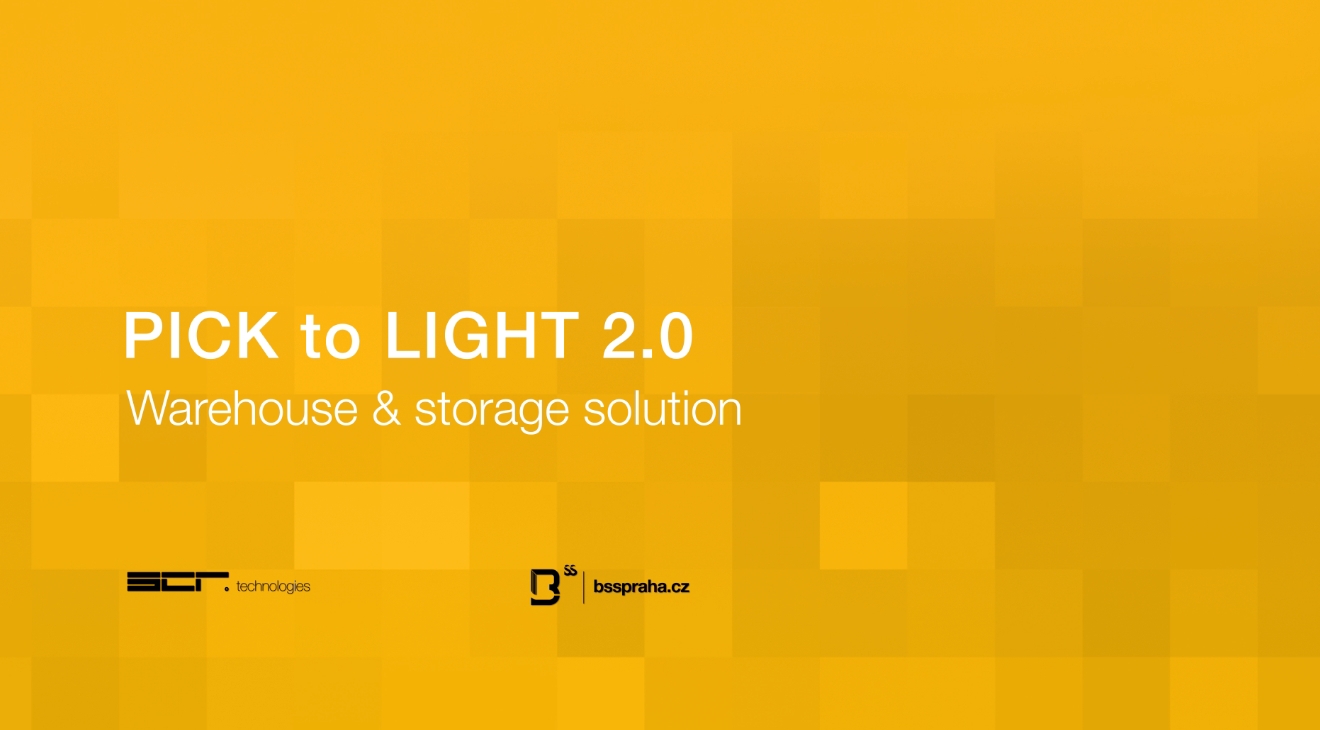 Contact us and we will be pleased to meet you

You are using a outdated browser. You can update it on this page.